When we were in Truro for Easter weekend - at my mother's house, I had a look through my late grandmother's writings - she wrote for various Catholic publications. I found an interesting article she wrote in 1969 about King Henry VI, of whom she was very fond. I am sure she won't mind me publishing it on my blog. It was originally in The Ransomer - illustration below.
I like to think my son Henry is named after this good king rather than the later infamous Henry! 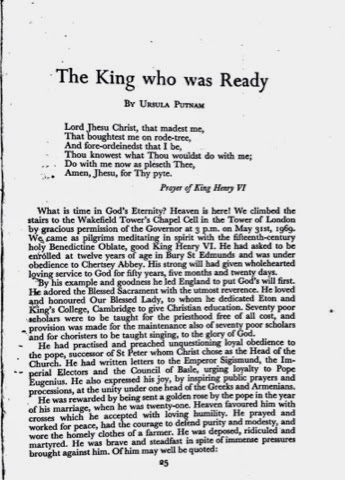 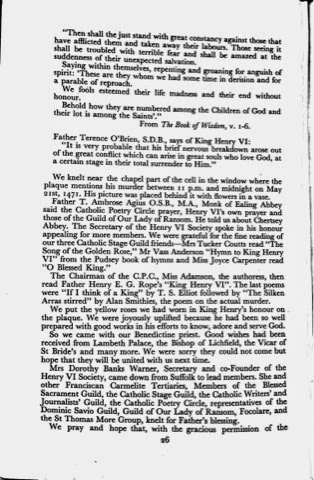 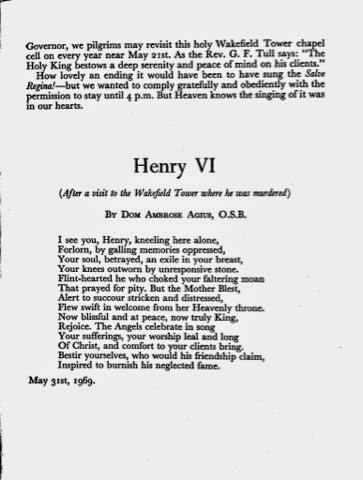 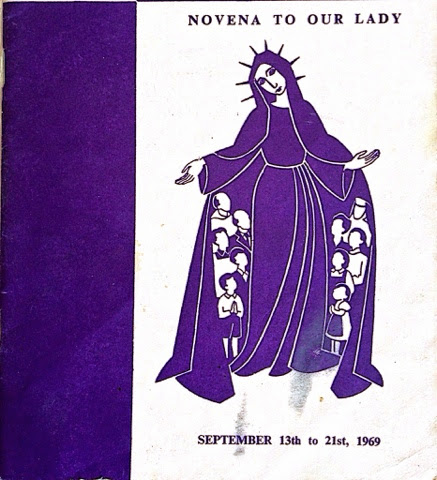 It was my nephew's 4th birthday party recently and nowadays it seems 'de rigeur' to have themed parties for children. Nephew  Maxie wanted an animal party - so my sister shopped around to find a company which could provide real animals to play with. The one she went for is called "Animal Magic" and they were reasonably priced for a 2 hour slot.
A team of 2 young women arrived in funky outfits and fun hair-dos with an array of different animal carriers.
The first activity was feeding rabbits and out plopped some rabbits of various breeds and sizes onto a low table so that the children could feed them carrots. There were also some guinea pigs.
Here they are - Maxie is facing the camera. 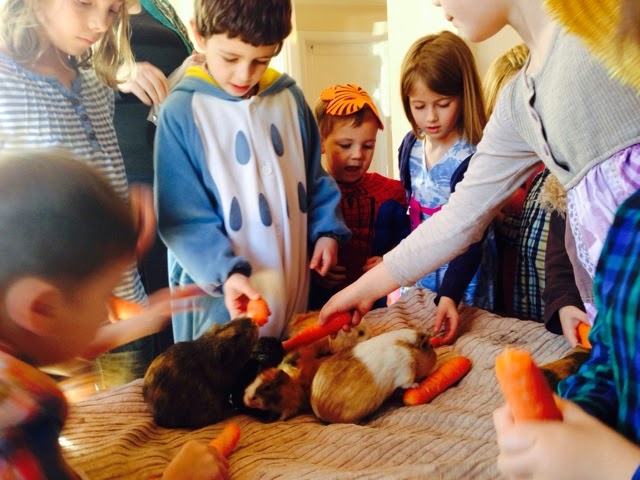 For the next activity - the team produced a fully equiped doll's house. This was going to be the 'mouse show'. But these mice were also tame enough to be handled. Again there was a varitey of colours, shapes and breeds. The parents were more scared than the children. 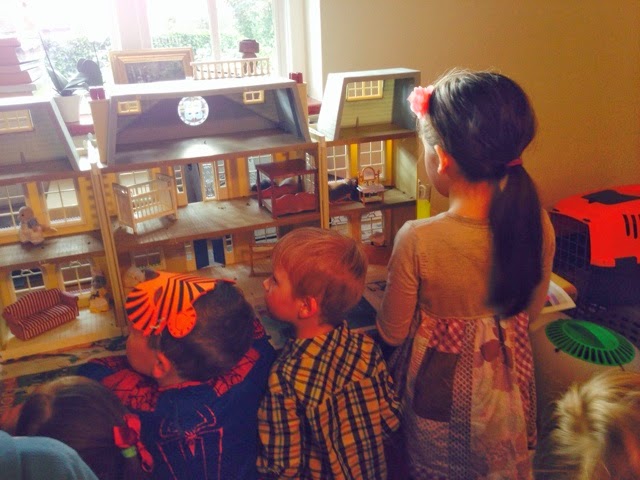 Putting mice on heads was quite popular too - and being pooed on!
Here is niece Holly.

And cousin Henry is here - dressed in a duck 'onesie' which was a Christmas present from his older brother. 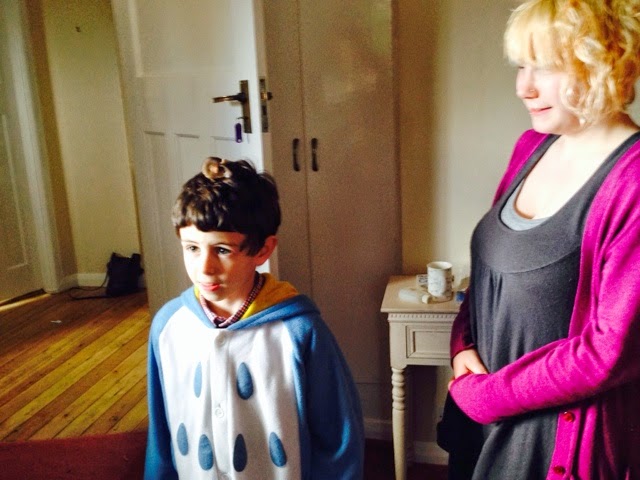 The next show was the cookaburra show - but the animal stayed in its container and made some amazing noises. I don't have a photo of this.
The finale of the show was the Meerkat show - this was outside in a pen. The children were given live wiggly worms to feed them. Luckily it wasn't raining. The team were very knowledgeable about the animals although I don't think the children took it all in. 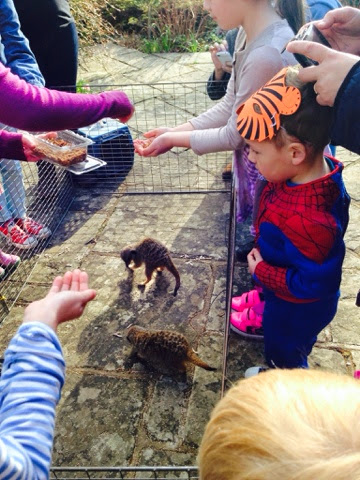 After a good two hours the children finally sat down to an animal themed tea party.
Here are the details if you want to hire this team. 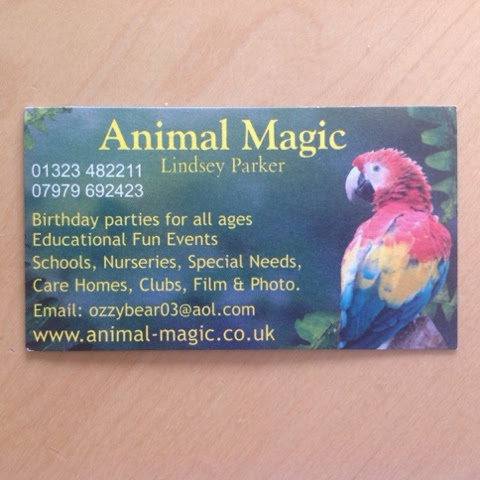 Posted by Dominie Mary Stemp at Saturday, April 05, 2014 No comments: