Father Luigi Villa - fighter of freemasonry in the Catholic Church, under the authority of Blessed Pope Pius 12th

After this devastating Synod on the family, which is being interpreted in many and various ways, just as Vatican 2 was also open to conservative AND liberal interpretations, it seems there is now a general unease in the Catholic Church by faithful Catholics. It isn't just the Synod on the family which is troublesome, but the fact that Pope Francis plans to decentralise the Church so that local bishops have greater automony on pastoral practices, which could contradict official doctrine. How would this decentralisation work? - Well one example is the following:
The following names are fictitious;
Bishop Kevin Condry in an English diocese is a bishop  who does not agree with Church teaching on birth control - so under the decentralisation  he is given greater authority by the Pope. With this greater power, he could  tell his flock that they can happlily follow their own un-formed conscience on birth control.  This of course is not Church teaching. Catholics are duty bound to read the official Catechism to form their consciences in line with Church teaching. So this is a real danger.
Meanwhile in a neighbouring diocese, Bishop George Pelham unlike Bishop Condry,  is a bishop who accepts all the teachings of the Church, and under decentralisation, he will continue to teach his flock that birth control is morally wrong.
So 2 dioceses with 2 bishops who are at odds with eachother on fundamental issues.
Can you see the problem here?
This is how decentralisatoin works - each bishop in effect becomes a mini pope. This would turn the Catholic Church into little federations of churches and it would lose its universal character. They would be no different from all the protestant denominations.
Let us be honest here. The Catholic Church has been in turmoil since the close of the Second Vatican Council. The turmoil just accelerated after this Synod. I urge you to read the very excellent analysis by John Smeaton of SPUC and the lay group - Voice of the Family. Google this and you will find the pages.
Now the other confusing factor about this recent synod - Cardinal Pell says that the divorced and re-married emphatically cannot receive Holy Communion, but Cardinal Kasper says they can! They both can't be right! Father Z - the priest blogger in America also thinks that the Kasper proposal has entered the Church via the back door - and by just 1 vote! A local priest in my deanery says that the "internal forum" solution cannot happen - whereby a priest advises a divorced and re-married couple privately on whether they can receive Holy Communion or not. If this latter is put into a magisterial document, then the Pope will have overturned 2000 years of teaching. This is very dangerous, as it leads people, not just Catholics, to think the teachings change over time.
But the other source of information which I have found is from the Chiesa Viva website. I think it sheds a lot  of light on the present crisis in the Church. This apostolate was started by the late Father Luigi Villa, who was directed by St Padre Pio and Blessed Pope Pius 12 - to fight ecclesiastical freemasonry within the Church. Father Luigi Villa died nearly 3 years ago, in his 90s - having survived no less than 7 assassination attempts. Father Villa won many awards for his investigative journalism and he said he never printed anything that he could not later substantiate. [I would stick with what Father Villa wrote up until his death in 2012 - his private secretary Dr Adessa took over from then, and I would be cautious of the later magazines. While I am sure Dr Adessa is trustworthy - caution is still advisable].
So here are some links
http://www.chiesaviva.com/don%20luigi%20villa.html
http://padrepioandchiesaviva.com/
It makes uncomfortable reading but that is what writers have to do - research and investigate.
One final thing.
A lot of Catholics have been left demoralised by the Synod - I have spoken with many. The trust has been severed.
A pope and the Vatican are not above Holy Scripture.
A pope and the Vatican are not above Tradition.
A pope and the Vatican are not above Doctrine
Jesus Christ is the head of the Catholic Church. The Pope is His vicar on earth. If a pope does not safeguard these three items, then the laity are not expected to follow him. This, by the way, was said by Father Linus Clovis - of Human Life International, when he came to London a few months ago - his talk is on utube.
Except we have 2 popes - and the one who resigned for 'health' reasons is rather well. It's all rather murky isn't it? Hmmm.
My goodness - it's never dull in Rome!
Annonymous comments aren't generally published. 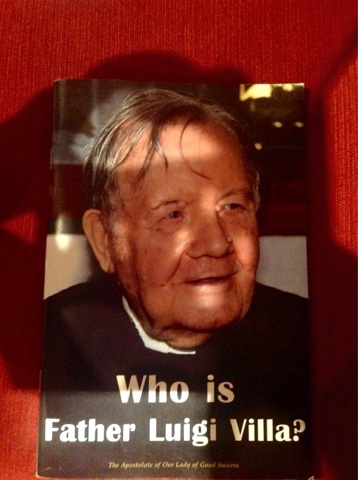 Catholic laity have the right to challenge church leaders if the Faith is in danger, and in public if necessary. 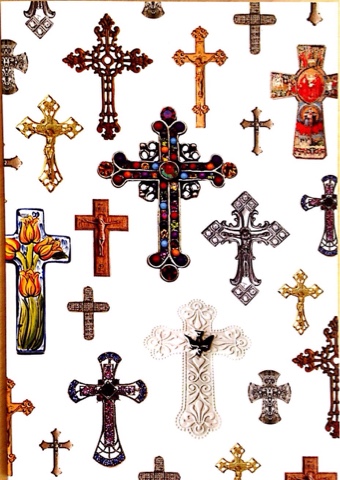 Posted by Dominie Mary Stemp at Saturday, October 10, 2015 No comments: