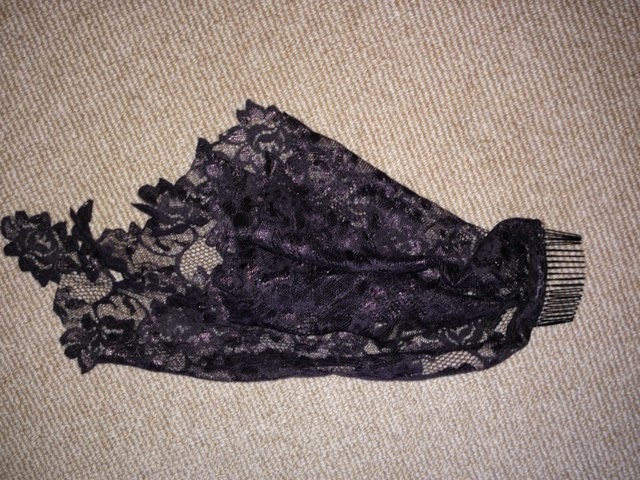 I discovered this online book about Fr Gruner and his Fatima apostolate.

I do recommend it! I met Fr Gruner a few years ago when he came to give a day of recollection at a friend's house in Sussex.

Also we need to pray that the consecration of Russia is done properly, as per Our Lady's requests.
I learnt today that a friend went to see Fr John Hartley, who used to head the Marian Movement of Priests in England. He is in a home now, but very lucid, and he told my friend that on 13th May 2014 - yesterday - there was an open letter to Pope Francis in the main Italian paper, from the Fatima crusader, asking him to consecrate Russia.( The 1984 consecration was not proper as there was no mention of Russia. It is nearly 100 years since the first apparition at Fatima, and getting very late. The world is heading out of control with laws that go against nature and against the 10 Commandments).

Here is the link to the open letter

This is a photo of the statue which used to belong to my grandmother, who was a blazing Fatima apologist! 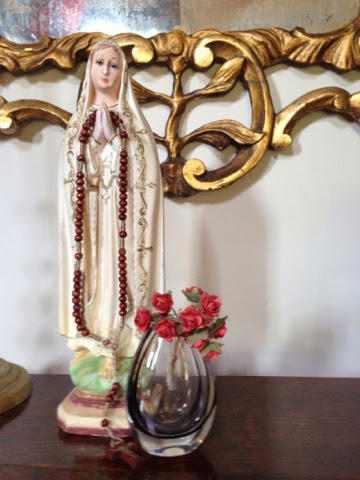 No. 247 of Pope Francis' Evangelii Gaudium - 2 conservative priests explain why it's erroneous.

Point no 247 of Pope Francis' Apostolic letter written in the Autumn of 2013, states;
"We hold the Jewish people in special regard because their covenant with God has never been revoked".
Hmm - as a cradle Catholic - when I read this I thought this doesn't sound right - I thought Jesus Christ, Second Person of the Blessed Trinity came on earth, precisely to replace the Old Covenant with the New Covenant, otherwise why did he bother to suffer and die for us?
I asked two Catholic priests what they made of this statement, because I have been quite perturbed by it. And neither of them have any association  with Opus Dei. Just regular priests who uphold all the doctrines of the Catholic Church.
Priest 1 is very qualified having a B.Ph. and S.T.B., from the Angelicum in Rome, and a Master of Divinity at Holy Apostles College in Conneticut, and  S.T.L. (Cand.)
He had the following to say; I am quoting him in full.
"No 247 is explicit, direct and univocal denial of the solemnly defined dogma of the Council of Florence: 247 declares that the covenant between God and the Jewish people was "never revoked". God made other covenants with the patriarchs and with David in which God made irrevocable promises. None of them are the "Jewish Covenant" or "Old Covenant". God made only ONE  Covenant with the Israelites, mediated by Moses, which was revoked, as St Paul explains in Hebrews - chapter 8, and 2 Corinthians, chapter 3. Hence, it is the Mosaic Covenant which has been acknowledged by both the Catholic and Jewish traditions to be "The Covenant" of the Jews.
St. Paul explains why it is the Mosaic Covenant that is called "Old", i.e. The Old Covenant, and declares that it was made "void" by Christ. Since this is the clear and explicit Apostolic doctrine set forth in Scripture, it is also the unanimous teaching of the ancient Fathers, and the perpetual teaching of the universal and ordinary Magisterium of the Church. The Church perpetually in keeping with the explicit Apostolic teaching, has always predicated that name of "Old Covenant" exclusively to the Mosaic Covenant which is made old and void by the New Covenant of Christ.
This doctrine has been also repeatedly taught by the Popes through the ages, to wit, that the Old Covenant, i.e., The Covenant of Moses, has been revoked and replaced by the New Covenant. No 247 directly explicitly and univocally denies this defined article of Catholic Faith, and therefore is undoubtedly a serious error.
Furthermore, the theological framework of Pope Francis' belief system is radically pan-religionist --professing all religions to be good, and that salvation is brought about by good works. This is the error of Pelagianism; and it is the Judeo-Masonic heresy of salvation through natural religion".
Priest 2, S.T.L., S.T.D., had the following to say;
"If the Old Covenant hasn't been revoked, how can we understand Saint Peter's sermon in Jerusalem on the first Pentecost Sunday (Acts 2: 14-40) or the Church's Congregation of Our Lady of Sion (founded by Alphonse Ratisbonne, the Jesuit convert from Judaism, for the purpose of converting Jews to the Catholic Faith)?
Our Lord's final commission to the Apostles, expressing the Church's mission until the end of time, was "that penance and remission of sins should be preached in His name, unto all nations, BEGINNING AT JERUSALEM (Luke 24;47)".
Interestingly enough Cardinal Burke, one of my favourite heroes of the Catholic Church said publicly that he didn't know what Pope Francis' Evangelii Gaudium was all about and even went as far as saying it is not binding on the faithful.
John Salza, A former 33rd degree mason, who converted to Catholicism said that point 247 is anti Semitic, as the obvious implication of this statement is that Jewish people do not need to convert to the One True Faith, and therefore don't need to hear the Gospel message! I recommend John Salza's website Johnsalza.com.
I believe that no 247 of E.G is a serious error and Catholics should not bury their heads in the sand over it and pretend it is ok. It isn't.  St Thomas Aquinas in Summa Theoligica, q.33 says, "fraternal correction, including that of prelates by their subjects is a precept of charity. If the Faith were in danger, a subject ought to rebuke his prelate - even publicly". I would add to this, if one does have to challenge a prelate, including a pope, one must do it as charitably as possible.
Please Pope Francis, correct 247 of Evangelii Gaudium. Because, Holy Father, what is the Catholic. Church for? Is it not the ark of salvation outside of which there is no salvation (through a person's fault of course)? The Catholic Church is only here to get souls to Heaven - it is certainly not a social club. It has no business telling economists how to run economies and imply certain systems (e.g, socialism etc) are to be favoured over others.
I have been writing this while listening to the crass and awful Eurovision Song Contest - some of which is, as my daughter pointed out, "soft porn" - namely the Polish wenches - golly what would St John Paul II make of his Polish sisters' behaviour on stage! Quite grotesque and certainly not suitable for children.
Posted by Dominie Mary Stemp at Saturday, May 10, 2014 7 comments:

Can someone explain why we have Bishops Conferences?

I have been very disturbed lately about the situation of the good Bishop Egan and the Bishop's Conference of England and Wales (CBCEW). It really makes me wonder what their function is.
The situation concerns Catholic politicians who vote for laws contrary to Catholic teaching - in this case, the law of same-sex marriage (SSM).
The case of Bishop Egan was reported in the Daily Telegraph. The bishop publicly said that Catholic politicians who voted for SSM should not present themselves for Holy Communion, as their voting against church teaching is a grave sin, and until they repent and go to confession about voting this way, they must not receive Holy Communion. The church is very clear about this. Anyone in a state of mortal sin cannot receive Holy Communion until they have repented and received absolution. Bishop Egan was only repeating what St John Paul II, Pope Benedict and Cardinal Burke have always taught - which is official church teaching. Bishop Egan is quite right. He is doing what every bishop should do. He is witnessing to the Truths of the Catholic Faith. That is the role of bishops!
Sadly, one of his Catholic politicians took offence at this and complained to the powers in Eccleston Square (where Cardinal Nichols resides). The bishops decided to have a little meeting about this poor politician - as they do. The outcome was relayed by Mgr Marcus Stock. He said that the bishops conference had decided that Catholic politicians who voted for SSM can of course receive Holy Communion. Now quite frankly - this is disturbing and flies in the face of that good bishop Egan. The bishops conference has over ruled one of its bishops. This is dreadful actually. It says no bishop has any authority over his own diocese anymore. This is wrong. The Church is NOT a democracy but the Bishop's Conference has democratised it - very bad.
Of course, publications like The Tablet applauded the decision of the CBCEW. The Tablet calls itself Catholic but it should be stripped of this title. It is no more Catholic than the Anglican Church Times. And yet - dear reader - The Tablet is sold by the shed load in Westminster Cathedral - the most senior Catholic church in England.
Yes I have written to Cardinal Nichols about this - I never get a response.
I also wrote to Bishop Egan with my support and he replied soon after. He also asked for prayers.
Sorry folks, but this is a lamentable situation.
Ban the Bishop's conferences and let the bishops have jurisdiction over their own dioceses!
Any comments gratefully received.
Posted by Dominie Mary Stemp at Saturday, May 03, 2014 9 comments: