A good friend of mine informed me that he was with 2 priests at the time.

I had the priviledge of providing an article for Catholic Life - when I interviewed Father - it was in the last ever issue of the publication. He told me a very interesting thing - he said if Pope Francis allows Holy Communion to people in 2nd unions without annulments, it would make the Pope a heretic!

He was a great fount of knowledge on many topics - including the priest hidey hole at Scotney Castle - Lamberhurst. He had a superb knowledge about trains and train lines. But he had a great love for the  Old Latin Mass - his sermons were doctrinally spot on - not too long or short - but sermons even my 10 year old "got".

May he Rest in Peace.

This photo was taken at Father's 80th birthday lunch. 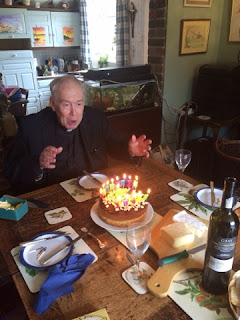 Posted by Dominie Mary Stemp at Monday, February 27, 2017 No comments:

Romans in revolt against the Pope?

This poster has appeared all over Rome overnight. 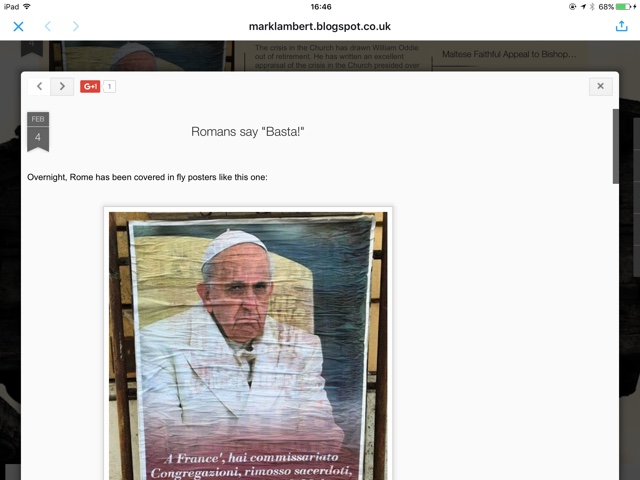 We live in unprecedented times - never - to my knowledge at least, has anything like this happened in the history of the Catholic Church. I mean - the Borgia popes were a disgrace, but I don't believe they had to endure posters like this. It seems - that the Romans are in open revolt against this papacy.


Posted by Dominie Mary Stemp at Saturday, February 04, 2017 No comments: