Professor Jose Galat - excommunicated - is on the right path!

88 year old Professor Jose Galat - of Bogota, Colombia - one of the cities I grew up in, has recently been excommunicated by the Colombian bishops conference, for the 'crime' of questioning the resignation of Pope Benedict - and saying that the election of Francis is invalid - due to the violation of the conclave rules. These violations are well known - even Cardinal Daneels - one of the conclave violators has admitted it in his authorised biography.

Professor Galat has also called out the Pope's heretical document "Amoris Laetitia"
- he has pointed out the heresies in it. It's loaded with them.

Professor Galat - I am now going to call him Professor "Galant" - is famous for starting the hugely popular television channel - "TeleAmiga" - watched by millions in South America. The Colombian bishops know this and are terrified of Prof Galant's influence.

I publicly support Professor Galat. I await my excommunication letter!

Please watch this very important documentary - it has an English translator. 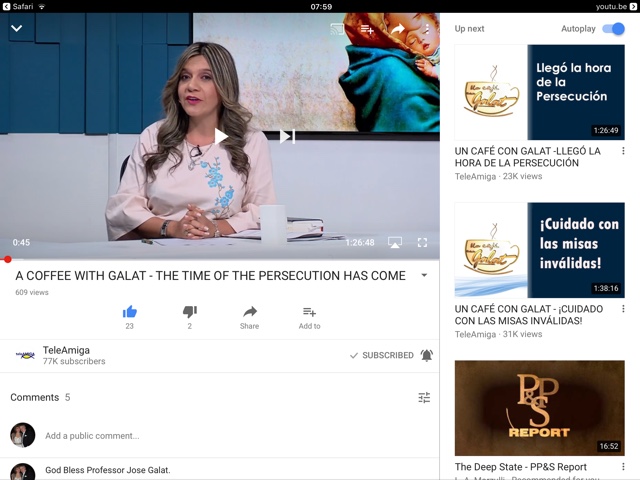 Posted by Dominie Mary Stemp at Tuesday, August 08, 2017 No comments: